Rooting your Android smartphone is not that essential now as it was in the old days but indeed there are yet several reasons to root your Android device.

Some of the benefits of rooting an Android device are that you can get rid of already installed useless crap and you will have full access to your smartphone that ordinary or without rooting your device doesn’t offer you.

So here it begins, my top 20 best apps for rooted Android Phones: 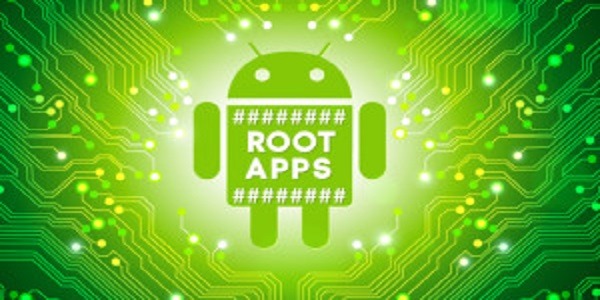 Full!Screen gives you extra space back , and once it is activated almost everything disappears and you get a back button on the bottom left along with home button on the bottom right. Both of these buttons can be customized for instance you can add pie menu, long press functions , swipe gestures and many more but for that you probably have to give it a try.

Flashify is an simple rooting application that helps you do a variety of tasks. Once Flashify is installed, you can download ROMs , flash ZIP files, do a bunch of recoveries , create a full Nandroid backups and a lot more for you to taste / explore. Basically, its simple but very effective , it adds up itself into menus so you can have the option while opening ZIP files as well as when using a file explorer. It is best app for rooted android phones.

An official app of goo.im GooManager which is literally a one way ticket to download or install anything you find on goo.im.  Well, its interface is very simple and easy to understand as well as it can help you find a variety of files which you used to find with Google Search for instance Gapps and ROM downloads for your device. If you need a custom recovery you can use GooManager in installing TWRP Recovery.

Greenify checks your running apps and shows which ones are running, how frequently and approximately how many times each one wakes up your device. Furthermore, you can use this information to safe your battery as you can shut down inactive or not responding apps in the background.

GMD Auto Hide Soft Keys indeed the opponent of Full!Screen also it offers options for hiding the soft keys. Well, this app generally works for you by hiding the soft keys and has several options. There’s a pre-determined hotspot if you want to retrieve them. Surely, its fantastic for apps who do not support full screen mode.

We all do love a smartphone that shows everything in smallest details and a variety of colors that literally means the bigger the screen the more the fun. In many cases, original equipment manufacturer (OEM) uses battery according to the screen size. JuiceDefender Ultimate is master of all the battery-saving apps, it controls, checks as well as manages all the resources and feature that eats your battery life.

Basically, Root Explorer uses root access to let your browse files on your smartphone. Root explorer offers a clean interface, a variety of features and is indeed one of the essential tools for all root users. Well, it has a plethora of activities that requires you to untidily search for some files.

Xposed is among those great apps that let you customize Android ROMs without literally installing it. The customization come at modules and let you do any kind of neat stuff for instance blacklisting / blocking contact list, Quick modifications and a lot more. In addition, you don’t have to look for Xposed in Google Play Store it is freely available on its website.

As the name says, Device Control gives a better control over your smartphone with feathers than an ordinary or default Android smartphone does. If we list all the possible modifications the paragraph will indeed explode! Using Device Control, you may tweak vibration strength, your screen color’s temperature, GPU and CPU frequencies and much more. It’s a must have app for rooted android phones in 2016.

ROM Toolbox is a very useful tool for all the root users and you can literally call it all-in-one solution too. It has a variety of features that are designed with Android in mind. Using this app, you can download ROMs, install recoveries and manage your applications with a lot more features for you. It is indeed one of the must-have apps for root users.

As we mentioned above, one of the obvious reasons to root your Android smartphone is to remove all the useless crap already installed on the device by the manufacturer. Root App Delete does the job for you, its gives you access to all the inaccessible apps by default. You need to freeze or remove useless crap from your smartphone to free up precious system resources.

Well, just by reading its name you think it’s a Wifi Password cracker but it is not! It only displays the Wifi network passwords saved on your smartphone, indeed best in case you have forgotten your Wifi’s network password.

Finite storage space is the worst issue we all deal with it, especially for hardcore gamers, it even gets worse. All we can do is add extra gigs via microSD card which is the only solution but then there are apps which do not let us change their location so this is where FolderMount strikes in. It allows app data to be stored on microSD card so we can have precious storage space.

Tasker listens to your triggers and it responds to it with actions because it is so amazing to automate your smartphone. It comes with more than 200 built in actions, and you are allowed to make your own free conditions , loops and actions for the ultimate automated Android skill.

DiskDigger works like recovery software, basically, it recovers your images or videos that have been deleted by accident. If you want to restore all kind of files not only images or videos you got to buy the Pro version then. Those images which are not overwritten can be sent to email account.

Titanium Backup, if you ever want to root you have to get Titanium Backup as it is the must-have root app. It offers you to uninstall useless crap from your smartphone which has been added by the manufacturer or you can just freeze them which means they will be installed but it will prevent them from ever running.

Occasionally, you want to give an app a try but you are literally held by the permissions it requires, that is exactly where App Ops strikes. App Ops lets you modify an app’s permission by your liking, so if you are ever held back, just give App Ops a try.

This rooting app can be understood just by reading its name. Like most of the other rooting apps, this app also lets you to get rid of those pre-installed crap by the manufacturer. Well, it’s kind of a dream to get rid of them and so will it come true once you get Clean those bloats rooting app.

Defined by its name, SDFix is an rooting app that helps you to fix the dreaded locked down SD card problem. This makes your SD card useful and takes away all the limitations on other apps such as file browsers etc. Furthermore, it does not work on all the devices but surely it will help you get rid of that crappy error.

That was the list of Best Apps for Rooted Android Phones in 2020 and for more such lists, subscribe to TechyWays to get these lists directly to your email. Subscription won’t cost you a penny!