Smartphones era has emerged into a large unexpected gaming console, which one wouldn’t have imagined that we no longer need a bulky computer to play high definition games.

Unlike in the past, where we use to have chess board games, board games, card games, and another brain challenging were common back in those days.

Ever since the Android and iOS started to introduce 1.5GHz and 2GB devices, the gaming developers have seen potential in the market.

A few years back only Racing and Shooting games were popular, and rest went straight down to the offensive category, but things have changed after the Android, and iOS smartphones started to get into the hands of users, who are looking for interesting stuff online.

7 Best Strategy Games for Android in 2022 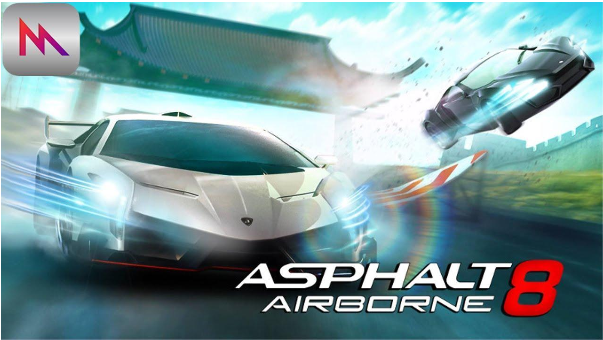 So, what are we going to do for you? Search on play store, and you will find thousands of games which have decent ratings, but after the download, you realize it was just a waste of time.
The Best Calf-Building Tips | Fitness Workouts & Exercises buy isotretinoin The Personal Fitness Merit Badge: Your Ultimate Guide in 2022
We have tested several games, and short listed some of the popular and entertaining games that test your mind for real.

I have played several games on smartphones, which includes different types of a category such as Shooting, Racing, Mind games, and Simple old games.

However, I have never come across such a game that has put me in a situation to plan different strategies for a different type of players.

Clash Royale is a traditional game and the main reason why I prefer the players to try it because it does test your mind both Offensive and Defensive. One mistake can turn the tables of your game, and anything goes in the match.

Each player is treated the same, but your choices are going to make the difference in the game. After winning the battles players get chests according to the chest cycle.

Game type: Multiplayer (You can play the game with the 2G connection as well.)

The developers of Clash Royale and Clash of Clans is Supercell (Developer name), who has designed the game with his heart.

The time and game changing events are planned carefully, and the balance between the cards are outstanding.

You must protect your Village or City by placing warriors, who have various strengths and weakness, which are equally balanced.

It isn’t that easy game because the invaders are going to attack you from four ends. In simple words, you are going to face real deal.

You can find 100’s of games based on Chess board but have you ever imagined playing a chess game with a random stranger, who is your equal as per skills.

We know that you are looking for the latest game that does not include an old school game but make no mistake about it.

The wide-range connectivity and graphics enable you to compete in the matches, which will only excite you and find you a worthy opponent who will display set of skills that will work you up.

Worth to try the latest Chess Board game.

The most underrated game in the list, which is extremely popular in the Western country and Europe because of the concept.

The game was developed in 2012 which the primary goal to wipe out the entire human race. Yup, you read it right, the game concept is to eliminate the human race out of the question.

You get all the necessary tools to do so, and the challenging part is that you don’t have much time to do it. The plague is curable, and you have to eliminate those who are close to finding the cure.

Updates: Once in a month.

Small villages always face various threats through out the cycle, which is common in the past. The game concept is dated during the barbarians, where they have to face several threats back during their days.

The game is all about protecting your small village from different threats, which requires a lot of thinking and strategy because you need to deploy your comrades sharply so that you can protect while attacking the Dinosaurs and Witch etc.

Not many players would be interested and considered as the Strategy game, but when I had played the game when I got my first Android smartphone, I would recommend to those who are casual players.

Asphalt 8 has some cars and tracks, which are incredibly intimidating. Handling the speed and the turns you have to make in the single player are decent.

You go against the ten to fifteen players, who are skilled in handling the cards and know where to use turbo will leave you behind in the tenth position.

How many of you want to lead a swat team? We are sure tons of players would love to do so. That’s exactly what the Door Kickers does where you have the chance to break into the house and take down the suspects.

You have five types of shooters like Breachers, Pointman,  Assaulters, Stealth, and Shield. When you combine the team with the 65 weapons available in the shop, you can pick those which you think is the best course of action.

Each level is tough, as you have to take down the armed enemies, who are good as in real life.

Here is our pick of best strategy Android games, which will keep your mind busy and makes you better in real life course of action.

Shoot your games which we have not listed and opinions in the comment section below.