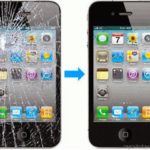 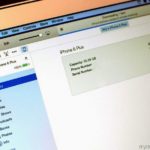 If you're having software issues with your iPhone or iPad and you've exhausted all your basic troubleshooting options, restoring it brand new is a good idea. You'd also want to restore your device new if you plan on selling it or passing it down to someone else. Normally you can wipe an iPhone or … END_OF_DOCUMENT_TOKEN_TO_BE_REPLACED

As you all know that data losing or sorting happens everywhere in the world. Not only this whenever you want to share some movie music or pictures with your friends you need to take backups for them on iTunes then connect your PC and transfer backups on PC and then share but to make your this … END_OF_DOCUMENT_TOKEN_TO_BE_REPLACED

The iOS 8 begin was not exactly as shine as Apple would have hoped, it was marred with a burden of problems. From the buggy iOS 8.0.1 update that rendered the TouchID ineffectual, and another update that was questionable to fix the bugs but inadvertently introduced new problems such as the … END_OF_DOCUMENT_TOKEN_TO_BE_REPLACED