Smartphones are dominating one’s life and they are getting bigger and bigger in terms of size every year.

We have seen the iPhone 6/6+ which are massive in size and a perfect choice who are skipping iPhone’s just because of the screen size as they need bigger screen.

As the technology advances there are a few problem while using smartphones which everyone tries to overcome.

The most common problem faced by many is Pocket dialing iPhone as many of the iPhone users face it.

To relate things recently my friend faced the issue he placed his iPhone in his pocket and accidentally called GF’s number and at the same time he is talking shit about her and when he realized that he accidentally called his Girl friend and he has no clue but it resulted in a breakup.

It’s also quite awkward every time now and then you are facing Accidental Calls on iPhone.

It seems that many are facing the issue so thought of writing an article on “How to Avoid Accidental Calling on iPhone“.

But it’s a very big problem when it comes to privacy. So to overcome this situation you can follow this guide to avoid pocket dialing iPhone with just a few clicks and After following this guide you will never ever face the issue of accidental calling on iPhone.

This guide will work on Jailbreak devices as a tweak named AskToCall will help you to overcome the pocket dialing iPhone. So let’s dive into our article on How to Stop iPhone from making calls easily.

How to Avoid Accidental Calling on iPhone

Note: As mentioned above you need a Jailbroken device to follow this guide. Beware that jailbreaking voids warranty. You can’t follow this guide on a non-jailbreak device as it won’t work. We advice you to take backup of your device every time you are trying a new tweak which will come handy if you mess with the device. 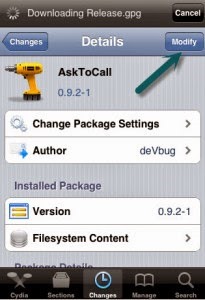 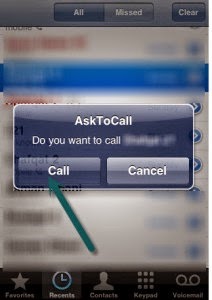 The tweak is one of the must have Cydia tweak for iPhone which is quite handy.

We tested the tweak ourselves to ensure that the tweak is working. We tried and every time we got notified via popup which removed the hassle’s of  accidental or pocket dialing on iPhone.

Hope this guide on “How to Avoid Accidental Calling on iPhone” helped you. Do share the article and also drop your feedback via comments.