Introduction to the iPhone Operating System:

We are now in the year of 2017 where we are using iPhone SE and the latest version that is used in it is IOS 9.3. Apple took eight years in the making of 9th generation OS. 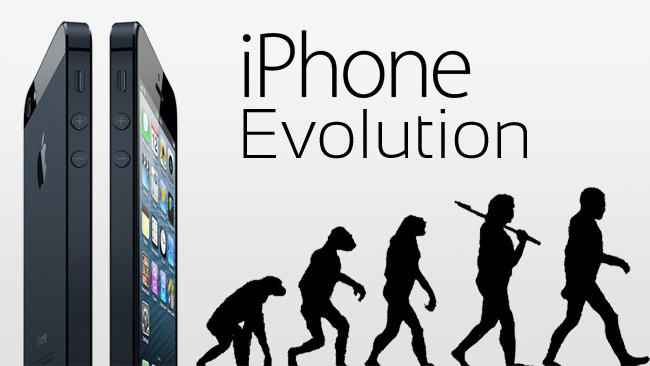 If you are someone who has decided to use iPhone and who started out with iPhone 6 or iPhone 6plus and you do not know what came before that, let’s start your journey with me. Scroll down to see the history of Apple’s iPhone Operating System and the features that were introduced in previous.

The first version of iPhone was released on June 29, 2007. At one time, features of iPhone were very much limited. There was no App Store, people could not multitask and they could not move the icons from the home screen, the user can’t copy and paste text, attach files to email, 3G and MMS. However, other devices were still using resistive touch screens, Apple came up with capacitive touch screen user can do multitouch pinch and zoom smooth rolling up and down . Google map experience on capacitive touch screen became awesome.

On 11th July, 2008 Apple launched his next version of iPhone Op 2.0. Previously there was no App store in iPhone, App store release in the year 2008. Now users can brow and then download the app directly to their device. Apple created iTunes account so that user can enter their ID and password to start purchasing apps .Other added features were Microsoft exchange that supports push emails, calendars’, and contact from other source and iPhone mobile. Apple updated their Google map feature as well with street view, walking and transport direction.

In The Year of 2009, Apple enhanced their operating system in many ways .Compare to IOS 2.0 IOS 3 was very much updated and launched with the iPhone 3GS. Apple came with the ability to cut, copy and paste just like now , Spotlight search where the user can search for anything . Apple introduced push notifications for 3rd party applications, I phone 3 supports MMS, voice control, USB and Bluetooth tethering, Most of these features are still there in all versions of iPhone.

In The Year 2010, Apple came with IOS 4 where the user can experience many new things in Iphone. Apple introduces a multitasking bar with this feature applications could work in the background and allow the user to switch between applications faster. Another music app could also work in the background . Apple introduced App folder, customize wallpaper. iPhone 4 supports face timing and Retina support as well. Apple also introduces unified inbox, threaded email, wi-fi tethering.

In the Year of 2011, Apple came up with updated version IOS 5. Iphone 4 was a big hit. In This version of iPhone Apple introduces many features like voice assistance, iCloud, Notification center, notification bar , lock screen notification , camera app from the app screen , reminder app, Message, Twitter integration, Newsstand, and multitasking gestures. In this version, the user can update their iPhone OS version over Wi-Fi.

In The Year 2012, Apple came up with iPhone 6 and new updates like Apple introduces its own Map app with turn by turn voice navigation .Apple remove Google Map and YouTube app, although Apple map fails and Google map was re- released on app stores .Apple introduces Do not disturb mode, Facebook integration, guided access, panorama photos for native camera apps,

There were around 200 new features in ios 6 were more of updates. Apple came with IOS 7 on 10th June 2013 at Apple worldwide developer’s conference. At their iPhone conference on 10th September 2013, Apple came the full release of IOS 7 on 18th September 2013.Apple came up with some new updated features like kill parallax and keeps the zoom option; bring back the button feature, new visibility options.

Apple announced the full release of iOS 8 for September 17, 2014, while also unveiling the iPhone 6 and iPhone 6 Plus.

Apple announced the full version of iOS 9 on September 16, 2015, at its annual Apple Worldwide Developers Conference event. While releasing of iOS 9, it did not drop support for any iOS devices, all devices which were supporting iOS 8 can be upgraded to iOS 9. It is supportable for iPhone 4S onwards, iPod Touch (5th generation) onwards, the iPad 2 onwards, and the iPad Mini (1st generation) onwards, iOS 9 is the OS which supports almost 22 devices and it is the biggest release from Apple.

So this was the Journey of iPhone operating system.