Maxx mobile is a domestic handset maker company,  planning to launch 9 Android smartphones and 8 feature phones in India in next few weeks. The smartphones will be priced between Rs. 2000 and Rs. 6000.
The company’s revenues in the 2013-14 fiscal stood at Rs. 600 crore and the company aims to gain Rs. 3600 crore in revenue with the new launch of the devices. The company is concentrating more on budget smartphone markets.
The 9 smartphones that will launched will include one model that will be priced Rs. 2000, one of the best affordable Android smartphone in the country. These models are targeted at customers who purchasing smartphones for the first time and the other are those who are seeking to upgrade to upgrade to better technology at affordable prices (Rs. 3500 to Rs. 6000).
Some of these smartphone will be sold through e commerce channels and trade, while some select models will be launched exclusively with specific shopping websites. Feature phone will sold through the trade channel. Recently, Maxx released its AX356 GenxDroid7 for Rs. 3696. 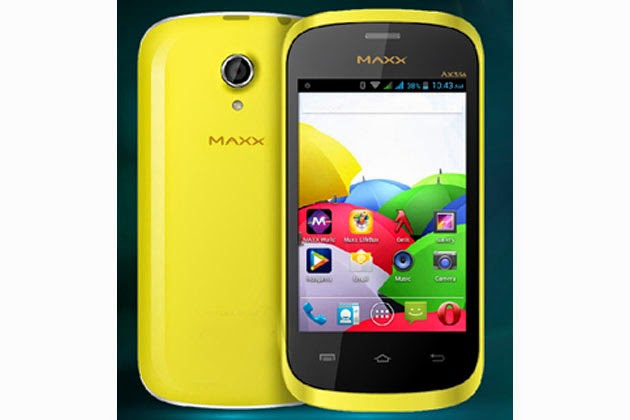 Based on Android Jelly Bean operating System, we can upgrade it the latest Android Kitkat OS. The smartphone has a 3.5 inch display with a HVGA(320×480 pixel) resolution. 512 MB RAM, 4GB internal memory and 8GB memory card. It is 3G enabled mobile, powered by a dual-core MediaTek MT6572M processor clocked at 1GHz and 3.2 MP rear camera, 0.3 MP front camera and 1200 mAh battery.
In the first 3 months of this financial year, Maxx launched around 40 models and in the coming 2 months, they will launch another 40. Maxx is also going to launch a tablet PC in next month and it will be priced around Rs. 5000.
Maxx mobile’s marketing budget for this year is Rs.52 crores. It is planning to release new ads featuring its brand ambassador Mahendrasing Dhoni soon. Dhoni is the brand ambassador for Maxx mobile since 2010.
Google is also planning to launch its first Android One Smartphone in India in October 2014. The internet giant has tied up with domestic manufacturers Micromax, Intex, Karbonn and Spice to launch the Android One devices. The first device will be launched by Micromax in October 2014 and will be priced near about $100. The Android smartphone will have a 4.5 inch display , dual sim capabilities, expandable memory, 5 MP camera, integrated FM Radio and mediates processor.
Keep visiting for information related to latest mobile technologies or you can subscribe our newsletter just submit your email id in the Subscribe box or join me on facebook.