Samsung has silently launched its slimmest smartphone ever in China after the predecessors A5 and A6. The slimmest of all, Galaxy A8 is not a features-storehouse, but it displays the designing achievement for this techie-genie Samsung.Co. popular for getting criticism for designs. 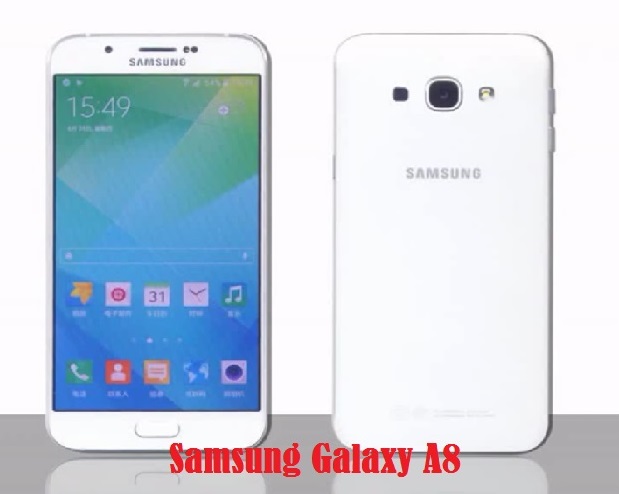 The smartphone possessing a metallic body is only 5.9mm thick, weighing just151 grams (5.3 oz) sports a bezel size. It highlights a 5.7-inch full HD(1080x1920p) Super AMOLED display,which is the largest in this variation.
This smartphone is powered by a 1.5GHz 64-bit Qualcomm Snapdragon octa-core processor and 2GB RAM. It is having 16 and 32GB memory-storage options. The phone also offers a microSD card slot for memory-expansion.
It is featuring a 16MP ISO CELL rear camera along with 5MP front-facing camera like the Galaxy S6. The phone is loaded with a 3050mAh battery and is running on Android 5.1 Lollipop with Samsung’s TouchWiz UI. This Galaxy A8 would also sport a fingerprint scanner combined with the phone’s Home button.
Samsung has inculcated all the new technologies like a fingerprint sensor and hand-wave detection activating a photo timer. It is an obvious bet in the Asian market wherein the userbase looks all these characteristics in a  mid-range phone (like the HTC Desire 826)  and it is difficult to comment whether the customers would buy the Galaxy A8 just for its premium metal body and some extra features with a expensive cost. According to rumors the phone would cost about 3,499 yuan (about $560).
Till now the phone is not available in the US or European market but would be soon. If the model is not available then, the features might be seen in the upcoming Galaxy Note 5.