You are here: Home / Android / Sony Mobile Announces Waterproof and Dust Free Xperia Z3- Slimmest Phone In The World
Sony Mobile is one of the most popular handset maker company in the world and it has finally announced new Xperia 2014 series smartphones comprising Xperia Z3 and Xperia Z3 compact tablet. Featuring water and dust proof capabilities, the Xperia Z3 and Xperia Z3 Compact tablet debut with the PS4 Remote Play Functionality. The new Xperia Z3 and Zperia Z3 compact carry forward the Omnibalance design language but the company remains mum about the availability of these handsets in the markets. 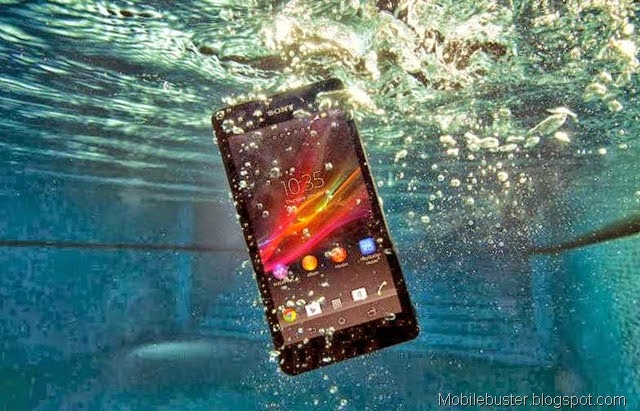 While the Xperia Z3 will succeed the Xperia Z2, the new Xperia Z3 Compact tablet will be the successor of the Xperia Z1 Compact. Both smartphones feature slim aluminium frame rounded at the corners and styled with the Omnibalance design language. 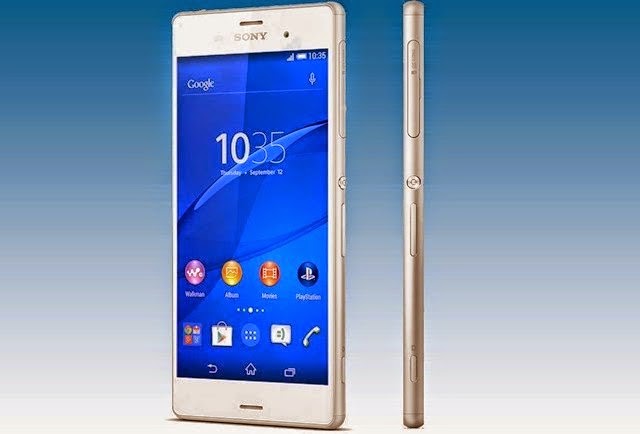 Display
It was rumoured that the Sony Xperia Z3 would have an identical display to the Xperia Z2 and indeed it does, more or less, with a 5.2-inch 1080×1920 screen, for a pixel density of 424 pixels per inch.
That still puts it on a par with most flagship phones in terms of resolution and we didn’t necessarily want it to be any bigger, but it pales in comparison to the QHD LG G3. Sony has armed the Xperia Z3 with TRILUMINOS and X-Reality display technology for better color reproduction, high contrast and crisper text.
Also See: How To Watch Live TV On Android Phone
Power
It has powerful quad-core 2.5 GHz Qualcomm Snapdragon 801 mobile chipset which comprises Adreno 330 GPU and 3 GB RAM. It would be great if Sony had stuck a Snapdragon 805 in there, but there’s always the Z4 for that and on paper this should still be one of the most powerful smartphones around.
Operating System
This Smartphone runs on Android 4.4.4 (KitKat) as you’d expect, but Sony has put its own interface over the top.
Memory
Xperia Z3 has 16 GB onboard storage and it has a memory slot that can hold up to 128 GB micro SD card.
Design
The overall look of the Sony Xperia Z3 is almost identical to the Z2, with an aluminium frame, a tempered glass back and a symmetrical design. A PVD coating was rumoured, but that appears to the AWOL.
Also See: Micromax Canvas Knight Cameo Launched Online at Rs. 11,499
The ports and buttons are placed as much same as the Xperia Z2, with power, volume and camera shutter buttons along one side, along with a covered micro SD card slot, a headphone jack at the top and dual front-facing stereo speakers, while if you flip the phone over there’s camera and flash on the top left corner, just like on the Z2.
The Sony Xperia Z3 is a super-slim 146 x 72 x 7.35mm and 152g, making it marginally smaller, slimmer and lighter than its predecessor.
Camera
At the back, it has a 20.7 MP camera with Sony Exmor RS mobile image sensor and bears auto-focus with Pulsed LED flash. TAhe camera offers 8x digital zoom and can push the ISO levels to 3200 in manual mode. The Xperia Z3 includes improved SteadyShot technology when shooting video, so it will better be able to compensate for camera shake and it can shoot in up to 4K resolution. There’s also a 2.2 MP front-facing camera which can shoot video in 1080p.
Battery
Xperia Z3 has a great battery life, it has 3100mAh battery is actually 100mAh smaller than predecessors.
Sony promises up to 2 days of life from it or more specifically up to 14 hours of talk time, 10 hours of video or 890 hours of standby and STAMINA mode makes a return, so if it gets desperately low and there’s no charger to hand you can stretch it out further by turning off background functions.
Connectivity
It is dual SIM phone and comes with Wi-Fi, 3G, 4G, Bluetooth 4.0 and NFC all making an appearance.
Sony is keeping tightlipped about pricing at present, but the handset should be in stores by November at the very latest. There’s also been a tease that the handset may eventually come bundled with PS4, so if you’re on the market for a new phone and a new gaming machine, it may be worth holding out to see what Sony’s got up its sleeve come Christmas.
Stay tuned for more latest updates, if you like this article then share with your all friends, subscribe our newsletter to  receive updates directly in your mailbox or you can follow me on facebook and twitter.