Almost everyone knows about Android and must have used it at least once in their life. Since the majority of people use Android smartphones as it is the cheapest and easy to access.

A huge number of applications are downloaded by Android users through Google Play store. It has been widely accepted because of its advanced features, games, apps, new updates and much more.

Besides the plenty of features, the most important part which makes it more famous is Android rooting.

There are many benefits of rooting Android phones because you can quickly and easily access system applications. You can even install custom ROMs in case you want to update your current version with latest one.

Sometimes we want to personalize our phone with our own chosen ROM with custom features, so in this case what you can do is to first install your own GUI by rooting android smartphone and then install the best Android custom ROMs. With custom ROM you can simply change the complete display of your smartphone and user-interface.

Although every Android phone comes with a ROM due to which you aren’t able to get custom features but when you manually install a third party ROM after rooting is known as custom ROM.

Every different custom ROMs have different looks and features. How good looking and how many features you can get in your smartphone is solely depends on the developer team of that custom ROM that you have installed or going to do.

If the developers have made ROM GUI easy to use and attractive, then you need not worry about your phone’s features and looks you can best of what you want. Well, if you have no idea about custom ROMs then, in this article, you can find the best custom ROMs for your rooted Android smartphones. 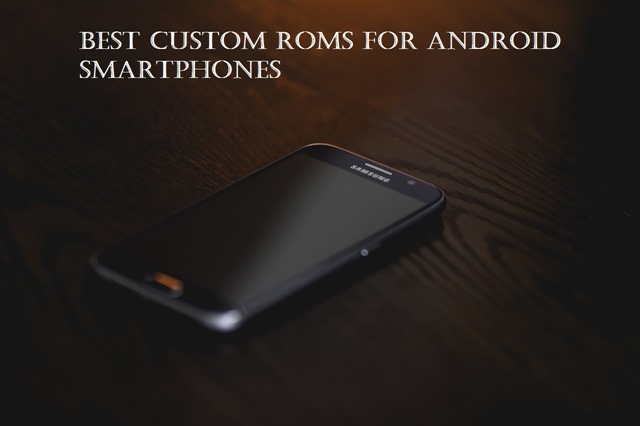 Paranoid Android is one the best Android custom ROM used by several people. This custom ROM is first which is based on Android 6.0 Marshmallow. It lets you change the colors in setting menu, offers more space to install other apps, multi-window feature, and better performance. It has a feature named ‘Hover mode’, in this mode you can read your notifications whenever they arrive and it also lets you avoid any interruption while working on any particular document.

It offers you the updates of your installed Android operating system in your smartphone. You can delete all the old installed apps with the help of CynogenMod. It also allows you to set your profile and provides an option to be used by some specific users so that you can restrict access to some different people. What else you can do is to configure the working of the status bar, navigation bar, notification drawer, hardware buttons, and customize everything on your phone. Some unique features of this custom ROM are that it has gestures, integrated theme engine, and custom profiles. Recently it also began providing nightly builds of CynogenMod to the Android users based on Android 6.0 Marshmallow.

MIUI is only for the people who want to get a departure from stock Android. It has various handy features such as Showtime, popup view, Child Mode, Blacklist, Identify unwanted phone calls, 5000 themes, data stats, MiCloud and much more. It has a beautiful look and it works flawlessly. It allows you to customize whatever you want to about the user-interface. This custom ROM is regularly updated with time to time. It supports all kind of devices including older ones.

AOKP which stands for Android Open Kang Project also comes in the best custom ROMs for Android phones. There are some people who love Stock Android and they love to use AOKP ROM for their smartphones. It allows you to change the height of the navigation bar according to your requirement. Design custom vibration patterns with AOKP ROM, identify who is calling you when your cell phone is in your pocket.

It offers a simple interface to the users. It also supports different Android devices. You can read the notification even when your phone’s screen is locked. Improve performance and battery backup of your smartphone with Slim Bean custom ROM.

Carbon ROM can be proved a good ROM for your Android smartphone. It allows you to change the color of the navigation bar, add more options then toggles to the menu bar, launch ring feature, the quick setting option is available so that could modify it up to 5 columns.

Dirty Unicorns lets you customize your Android phone with many features. It offers the latest version of Android that is Marshmallow. Some features like color customization, pulse feature, bar style Equalizer, wallpaper changer, notification LED settings, CM Theme Engine, lock screen configurations, and notification customization are provided by this Dirty Unicorns custom ROM. You can easily assign 7 targets for Android smartphone and 10 targets for Android Tablets. It supports the devices including Samsung, HTC, Nexus, and Sony etc. Well, if features and options of plethora excite you, then you must install Dirty Unicorns ROM.

Ex-Cyanogen developed OmniROM. The latest version of Android is Marshmallow, so whoever is eager to update his/her phone to this version with custom ROM, they can do it by installing OmniROM. This custom ROM supports many devices including Asus, Sony, Samsung, Oppo, LG, Nexus and much more. Get fast switching between the application using its Omni Switcher. You can get an attractive look with good user-interface. You can customize your notification, themes, colors and status bar. It has some features such as DSPManager, dark mode UI, OmniJAWS weather service, quick settings panel, delta update system and enhanced Do Not Disturb mode.

The above mentioned Custom ROMs are stable and useful for you, however there are plenty of other custom ROMs in the market for Android phones but these are the best that we found for you. These custom ROMs have lots of features.

This is a Guest Post by Swaraj Nandedkar from TechLila.com – Tech Blog. He has deep interests in Blogging and YouTube.