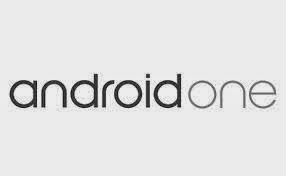 Earlier in 2014, Mozilla (developer of Firefox web browser) had tied up with Indian firms -Intex and Spice to bring smartphones priced at $25 (about Rs. 1,500) to India.
Similarly, under the Android One initiative, Google has announced partnership with Spice, Karbonn and Micromax at I/O from India to deliver a smartphone under $100 (about Rs. 6,000), but with the major difference of Google themselves controlling the software experience. 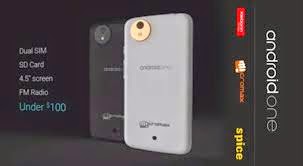 Both Mozilla and Google handsets are expected to fuel further competition in the world’s fastest growing smartphone market.Both handsets have picked companies like Spice to roll out there budget devices, given the company’s experience serving the exact segment of market. Over 85% of Spice’s portfolio is priced  under Rs. 8,000 and the company has a great network of distributors in tier II and tier III cities.
Check it: Maxx going to launch 9 Android Smartphone and 8 feature Phone in India priced between Rs 2000-Rs. 6000.
Competition in the Indian market is growing up with the entry of latest smartphones like Xaiomi and Asus, who are bringing devices that are cheap and offer more compelling specifications than those from Indian brands. Domestic companies now have a look at different ways to differentiate themselves from the foreign manufacturers, and Android one and the Firefox initiative seems like the perfect solutions.
Spice is aiming to grow its revenue in the country by over 40% to Rs 2,000 crore this fiscal, buoyed by the strong growth in its smartphone business. The company’s revenue in the 2013-14 were Rs 1,400 crore and this year, Spice expect it to grow Rs 2,000 crore (fiscal ending June 2015). Company expect to grow its market share to over 4 percent from current market share which is 2.2 percent now. This numbers could be change depending on the response to the new devices coming in.
Sale of smartphone in India grew almost three-fold to over 44 million in 2013, buoyed by affordable devices made by local firms such as Intex, Karbonn and Micromax, according to research firm IDC. In the first three months of this year 17.59 million smartphones shipped in India compared with 6.14 million in the same period of 2013.
While Samsung is the leader in all of smartphones with a 35 percent market share, Micromax had 15 percent, Karbonn 10 percent,  LAVA 6 percent and Nokia 4 percent in Q1, researched by IDC. Lower cost handsets pricess less than Rs. 5,000 and smartphones not costing more than 7000 from Asian handset makers including Karbonn, Huawei, ZTE and Micromax have been growing up in the market of Asia and Africa. Spice will also invest Rs. 160 crore for advertising and marketing campaigns.
If you like this article then don’t hesitate to share it on Facebook and twitter.  Keep visiting for latest mobile technologies and news.